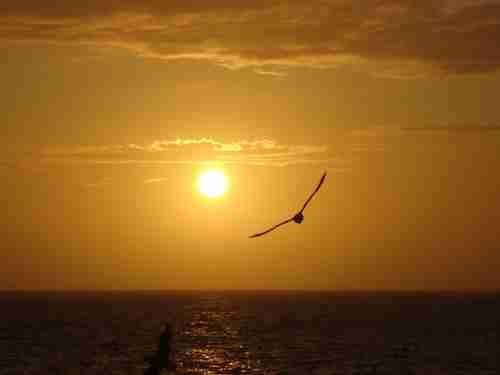 [blockquote type=”blockquote_line” align=”left”]The main draw is the landscape and the wildlife. On an Alaskan cruise you can often see whales, eagles, bears, and meese from your boat against a backdrop of dramatic mountain ranges and endless pine forests. It’s no wonder that these cruises are getting more popular every year.[/blockquote] One drawback, however, is the weather and we don’t just mean that it’s cold. Most Alaska cruises go in the summer months when it is less cold but persistent rain and grey skies are common. Meanwhile, this unpredictability can make excursions hit-and-miss. Some cruise ships offer helicopter and plane tours so that you can spy out more wildlife but these are often cancelled at short notice due to inclement weather.

The most popular operators in Alaska are probably Princess Cruises and Holland America although the vast majority operate at least one itinerary in Alaska. It is important to remember that there is a trade-off to be had between the big and little boat cruises. The choppy seas of the Gulf of Alaska may be easier on the stomach if you take a giant cruise liner but you are far more likely to see a lot of wildlife if you take a smaller boat.

The Inside Passage is a sailing route that passes on the inside of the many islands that make up the Alaska panhandle, on the south-west of the state. It can pass through Ketchikan, Skagway and Sitka, three Alaskan ports that are amongst the most popular with tourists. The Alaskan stretch of the route is around 500 miles long and generally takes about 7 nights on a cruise ship. Cruises on this itinerary generally leave from Vancouver or Seattle making them convenient for those travelling in by plane.

The Gulf of Alaska is an area of water more northerly than the Inside Passage and these tours generally go from Seattle or Vancouver up to Seward or Whittier which are near to the town of Anchorage. This area has markedly choppier waters than those of the inside passage, as mentioned above. Generally these cruises will  last 7 days and will also take in some of the Inside Passage route and may visit Ketchikan, Skagway etc.

If you’re willing to spend a fortnight at sea then there are some cruises that will travel from as far away as San Francisco to destinations as northerly as Anchorage. Another benefit of these itineraries is that it makes it more possible to make trips over land that last a number of days.

It’s possible to book expedition cruises with a number of companies who will take you to more out of the way ports with shallower waters as well as allowing you to get more up close and personal with the marine wildlife.

Creek Street is the main street in Ketchikan and it’s built on a wooden pier sitting on top of the water. It’s full of restaurants and independent stores as well as having colourful timber buildings reminiscent of a pioneer town. It’s Alaska’s fourth biggest town giving it a surprisingly vibrant atmosphere for a place out in the middle of the arctic wilderness.

Juneau is the state capital as well as the largest city, situated in the middle of the historic gold belt. Tourists on excursions may choose to take the Mount Roberts Tramway for aerial views of the mountains and harbor. The area also features bear viewing platforms and art demonstrations from native craftsmen and women.

This town changed hands between the Tlinget Indians and the Russians before eventually falling under US rule as a result of the Alaska purchase in 1867. It remains the centre of the tribal government of the Sitka tribe and native arts and crafts are to be found all around the city as well as remnants of the Russian culture such as Saint Michael’s Russian Orthodox Cathedral. There’s also the Alaska Raptor Center which looks after injured American Eagles.

Here we’ll be showcasing the latest special offers and cruise deals in 2018/2019, which deals are going fast and which cruise holidays to avoid at all costs. For the most up to date offers, it’s best to subscribe to our cruise deals newsletter ASAP!

Subscribe for latest Cruise Deals & Special Offers:
Twitter Facebook Linkedin Google-plus
Cruise Reviews
Go here to see our latest cruise reviews and guides now! Here we’ll be reviewing specific cruise ships and rating them, as well as rating the pick of the best cruises to look out for in 2018/2019 and beyond.
Cruise Guides

If you’re new to cruises or just want to make sure you’re making the right cruise holiday decision, have a read through some of our cruise guides to make sure you’re getting the most from planning your cruise and using all the tricks in the book to save money.
If there are any guides you would like to see please do get in touch and we’ll add it to our weekly blog.

Here we’ll be bringing you the latest cruise news that’s hot of the press, this will include any late breaking cruise related developments, what to expect from cruise holidays in the coming years; as well as any cruise news that would directly effect consumers.